The 2021 Stack Overflow Survey Report has been released with a plethora of details on who the developers are, their experience, and their preferences. As before, JavaScript is the dominant language and Visual Studio Code is the most used IDE.

This report, the 6th we’ve covered in an annual series, is based on responses from 83,439 software developers from 181 countries around the world, with the United States being the top country with nearly a fifth of respondents. The overwhelming majority of respondents, 70%, are considered professional programmers, while 8% write code as part of their job. Students preparing to become programmers make up 14% and 6% consider coding a hobby.

Looking at the technologies used on a daily basis, the report states:

JavaScript ends its ninth consecutive year as the most commonly used programming language. For most developers, programming is web programming. Python has swapped places with SQL to become the third most popular language [after HTML/CSS which is in second place].

Stack Overflow does more than collect information about the programming languages ​​used by respondents. He also designed an approach that allows them to characterize them as “Wanted”, “Loved” and “Dreaded” by asking them to select the languages ​​they worked with LAST year and those with which they want to work in the year. NEXT.

Results for professional developers for programming, scripting, and markup languages ​​are summarized in an interactive network chart. 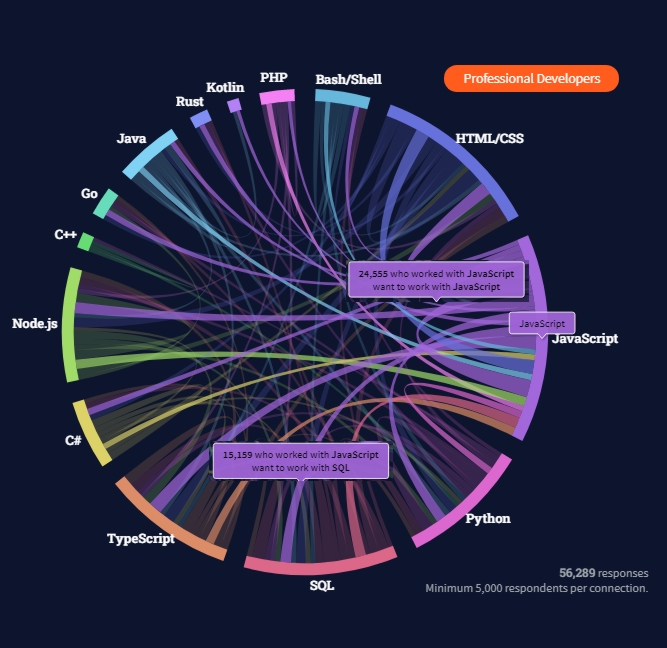 The length of the colored bar around the circumference is relative to the language usage, with JavaScript having the largest segment. Color coding makes it easy to see outgoing and incoming links. Hovering over a link reveals the number of respondents involved. For example, the purple U-shaped line from JavaScript to JavaScript represents 24,555 respondents for whom JavaScript is a “liked” language – that is, they have used it in the past year and look forward to working with him in the coming year. The link between JavaScript and SQL reveals that SQL is a “wanted language” for 15,159 JavaScript developers. Going the other way, a pink bow from SQL to JavaScript shows that an almost equal number of developers working with SQL (15,163) want to work with JavaScript next year.

Rust emerged from the survey as the most “loved” language. In fact, 87% of those who have worked with it in the past want to continue to do so. However, Rust was only used by 7% of all respondents and 6% of professional developers. So while the graph above shows, for example, that 7,714 JavaScript users “wanted” to adopt Rust in the future, there is no U-shaped line from Rust to Rust because that would represent less of 5,000 respondents. Looking at the corresponding chart for all respondents, such a line is included with the caption “5,044 who have worked with Rust want to work with Rust – rather dwarfed by the 10,367 who have worked with JavaScript.

In the case of languages, the graphics for all developers and professional developers are quite similar. It’s not as clear for collaboration tools because fewer tools are used by professionals and a smaller proportion of the professional group uses IntelliJ, which seems contradictory. 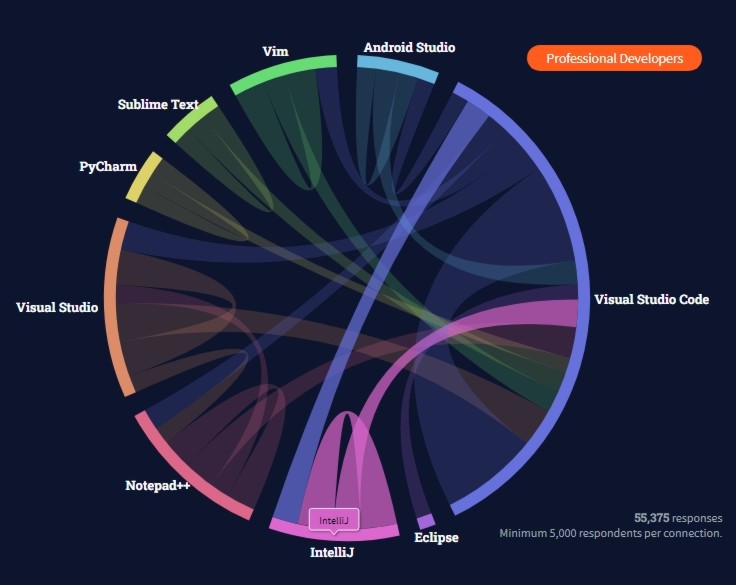 However, the dominance of Visual Studio Code is clear from these two network diagrams. 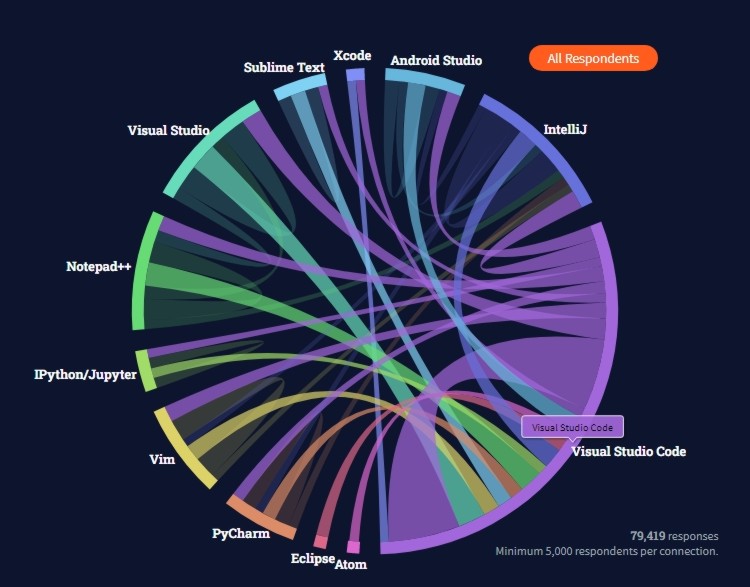 The Stack Overflow survey covers a lot more, so this is just my first look. 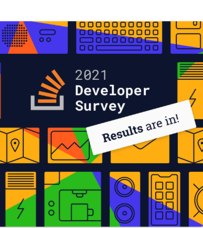