I am holding a small cube weighing no more than 400 grams; on each side are four small video screens. Each represents various foods; the character Om Nom from the mobile puzzle game Cut The Rope is on one side. By rotating the cube, I can move the food. My task is to feed Om Nom with treats, without which he will die, the ultimate goal being to make a pizza from the ingredients and serve it to the little green monster.

The game is addictive: the fusion of physical movements with video game mechanics is a whole new sensation. Osipov started developing the WowCube gaming system in 2016.

In 1999, Ilya, together with his comrade Mikhail Iosilevich, launched the local portal NN.ru. Then, in 2013, he sold it to Hearst Shkulev Media for $2.8 million and moved to the United States. He has since launched the educational platform i2i Study, a resource for learning foreign languages ​​by native speakers, and together with entrepreneur Yevgeny Gnutikov, created the NumBuster! caller id app. He also filed dozens of other patents and inventions.

Ilya taught his son Savva programming from early childhood. At the age of 12, the latter proposed to his father to create a game console in the form of a Rubik’s Cube with screens instead of colored stickers, allowing the objects and characters of the game to be moved from one place to another. screen to another.

Ilya 3D printed the first prototype in late 2016 and, after inviting hardware engineer Semyon Orlov as a co-founder, launched his startup in 2017. In early September 2021, WowCube raised $4.5 million. Investors valued the project at $25 million, and since the start of 2021, the company has received pre-orders for 155,000 consoles, worth nearly $39 million, from distributors around the world.

WowCube is basically made up of eight independent modules with individual chips. Each module can be detached from the cube and will continue to operate independently. The console has an operating system that controls all modules and synchronizes the position of the screens relative to each other during rotation. 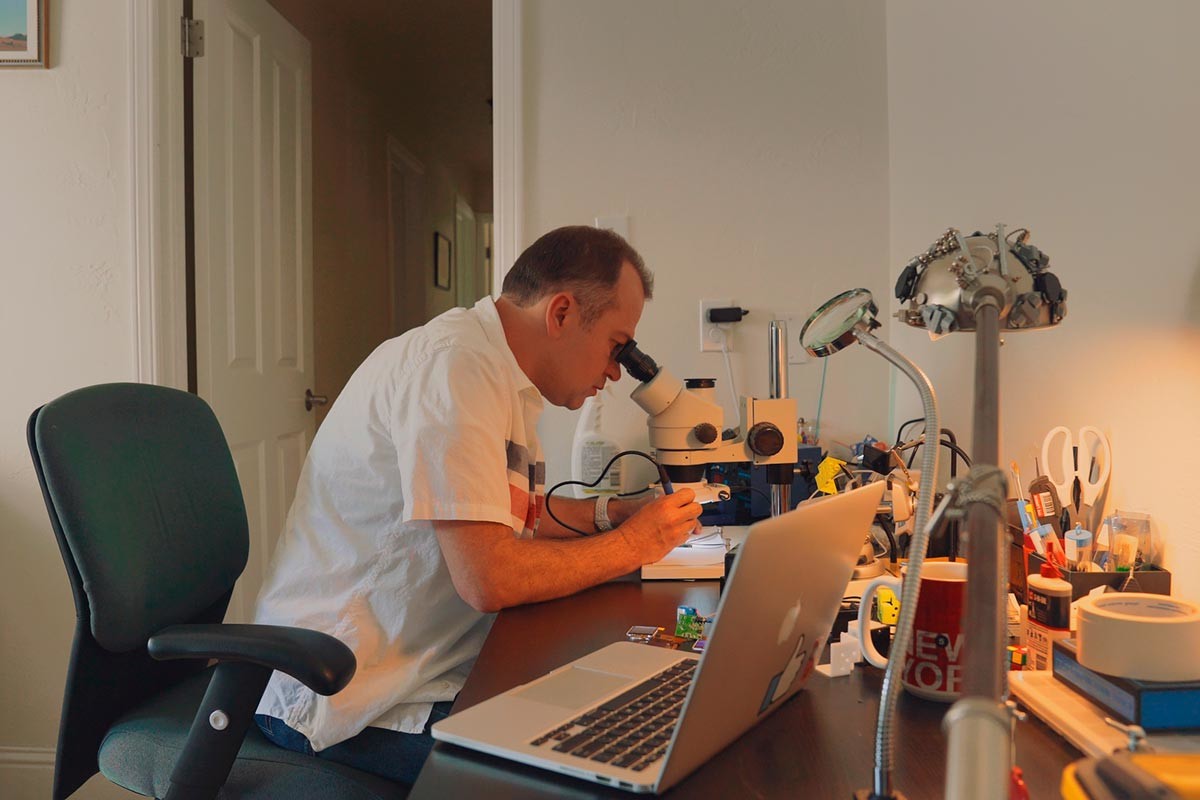 The console is controlled not just by touching the screen, but by manipulating the cube itself. Rotating or tilting it lets you access a menu or control in-game characters or objects. Tapping three times opens the selected app, while shaking returns the console to the main menu mode. Shakes and taps can be as soft or as strong as you want – over time the intelligent system adapts to the owner to detect the slightest movements.

Currently, the cube contains no more than 20 games, most of them puzzles in the style of Cut the Rope or 2048, in which the player guides a character through a maze, creating new paths using the cube, or analogues of Arkanoid, a classic block-breaking game. 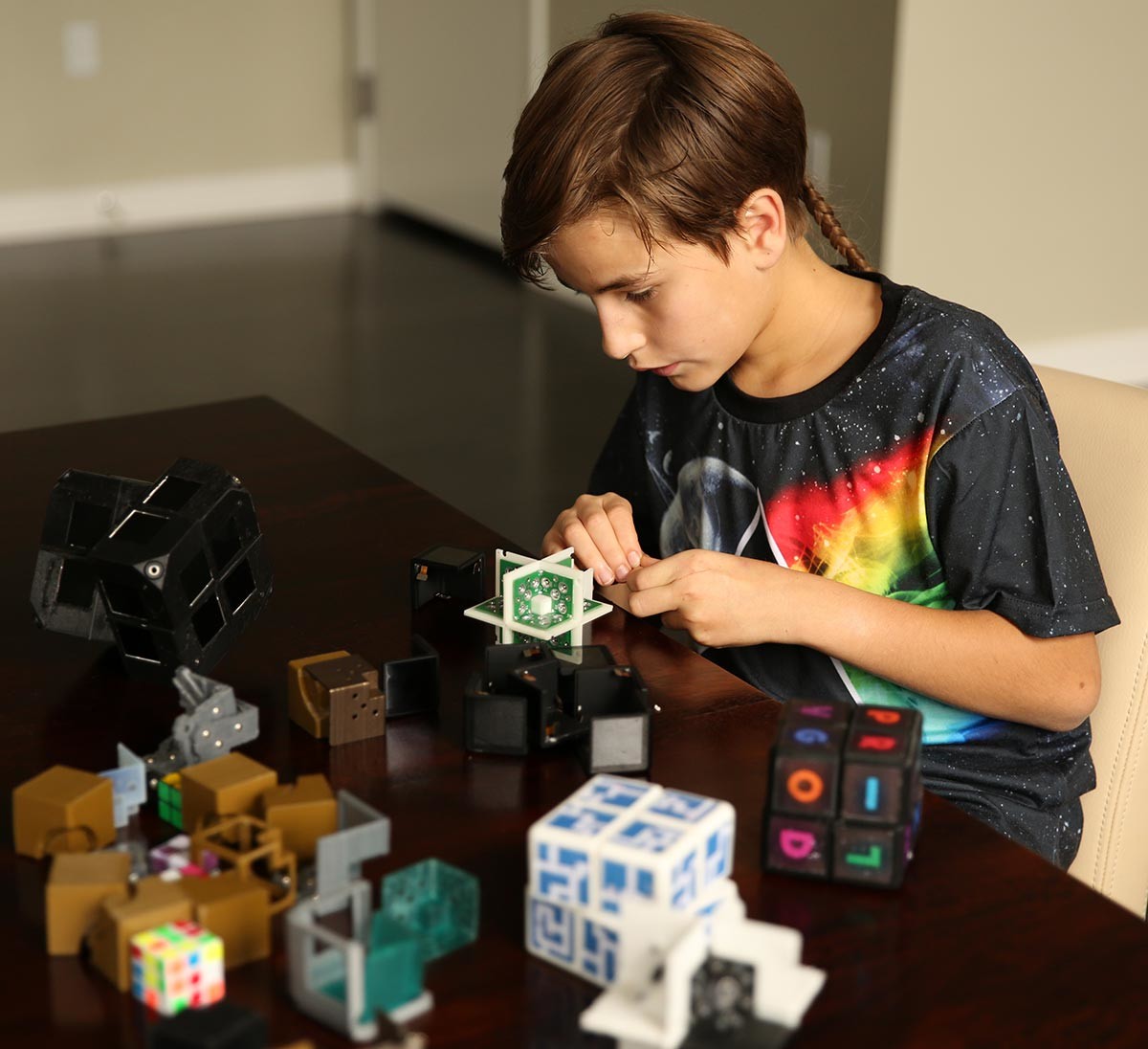 The console also offers a more advanced version of the original Rubik’s Cube, with different difficulty levels and tips for novices and stuck players.

Additionally, WowCube comes with standard widgets, such as a timer and various screensavers. The device can be connected via Bluetooth to a smartphone, TV or smart speaker.

This allows it to display weather forecasts, social media likes and private messages, bitcoin rate, and other useful data. And, says Alexey Stepanov, the startup’s partner and distributor relations manager, WowCube can be used as a game console paired with a TV or smartphone.

That’s not all. WowCube also allows you to download interactive children’s stories and comics, where the characters interact with the movements of the screen. The cube has great potential in the educational field, Stepanov believes. 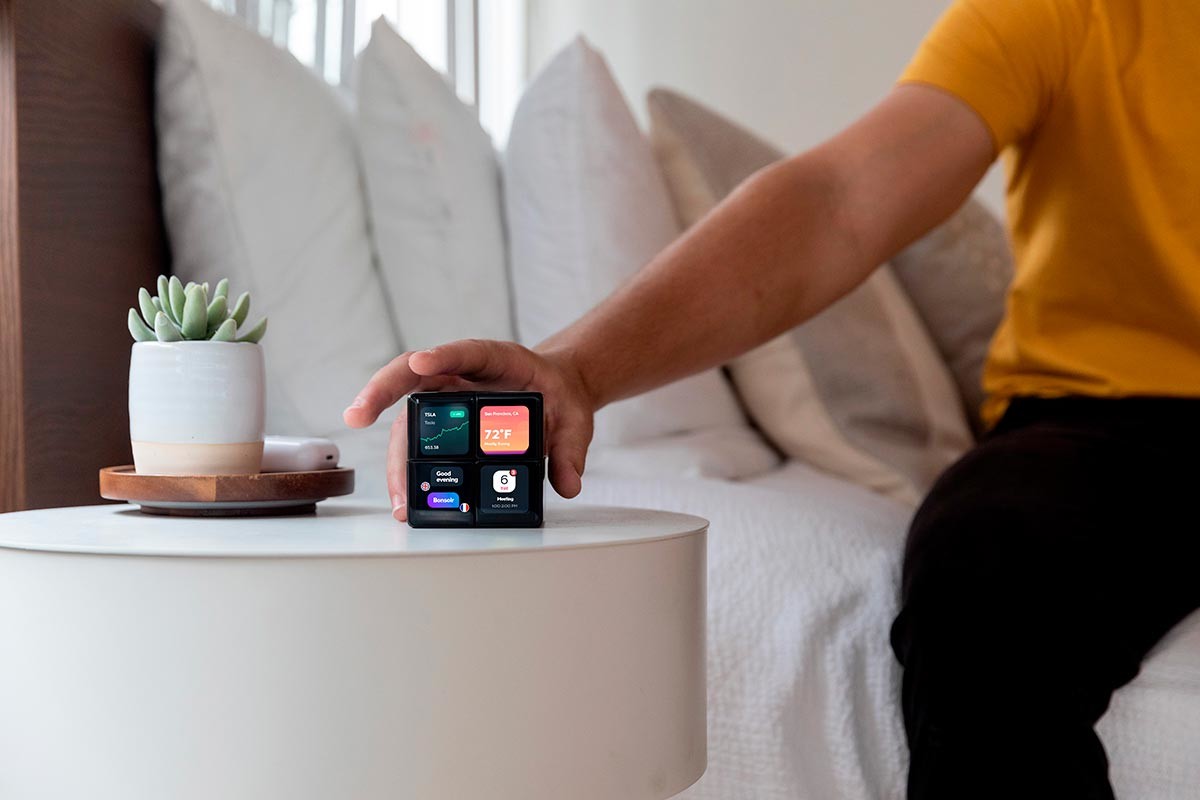 “It can be used to help teach math, memorize the chemical formulas of molecules, and teach children to code through special programs,” says Stepanov.

According to him, the console is aimed primarily at teenagers, although the company’s own polls indicate that WowCube is currently most popular among the 25-34 age group.

“Whether they want to buy the console for themselves or for their children is a big question. But unlike a smartphone, this toy does not focus the eye on a particular point. The child keeps it at a distance and develops not only coordination skills, but also spatial thinking. In addition, the cube is virtually unbreakable. It can be separated into eight sides, and each will work. If the child damages or loses one of the modules, you can simply buy the missing part, ”says Stepanov. 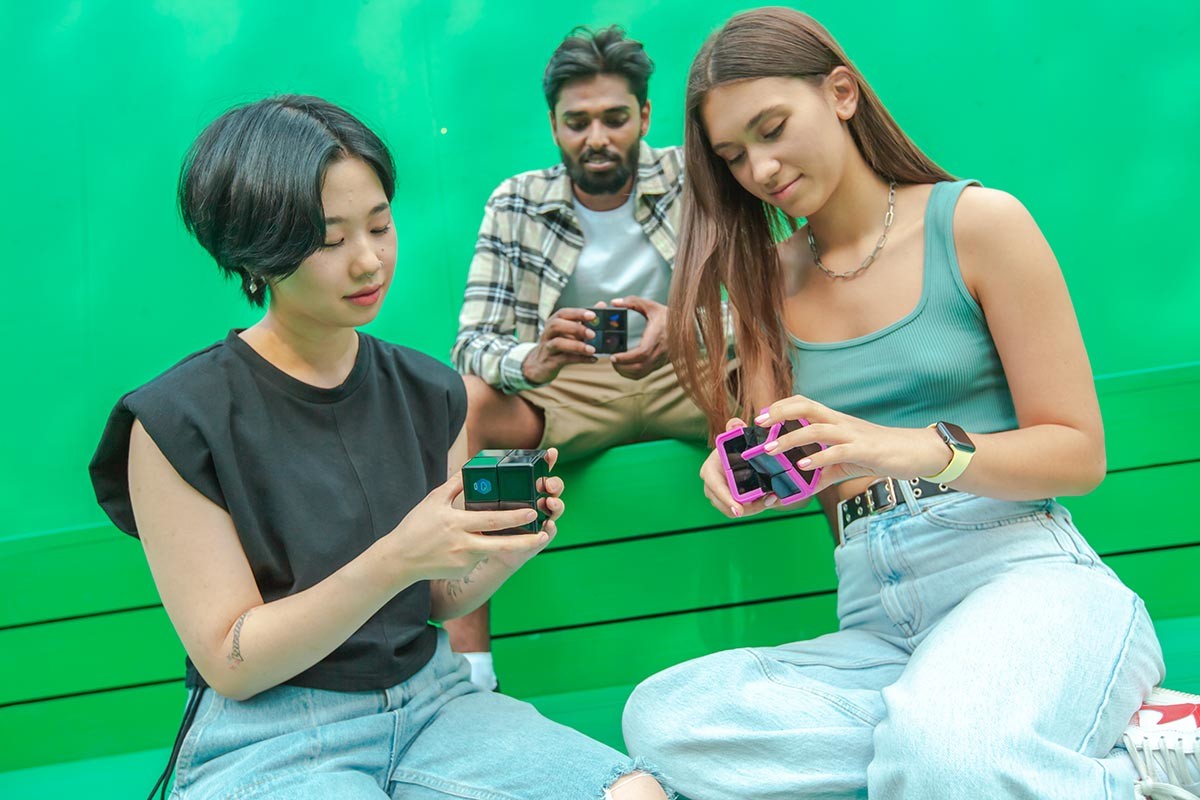 WowCube already has its own app store for Android and iOS, where you can upload stuff through your phone directly to the cube. The developers are also working on a system of tools to help other coders create skins for apps and games, and create their own apps in different programming languages.

The working prototype of WowCube has a battery life of four hours; Stepanov explains that the company is working on versions with a more powerful charge.

Currently, WowCube is being prepared for mass production in China, slated for release in Spring 2022 on Kickstarter and later on Amazon and other platforms. According to Stepanov, the startup has already been approached by retail chains, mainly in the United States and Canada, as well as in Europe, Asia, South America and Australia.

The kit will include the cube itself, a charging station, a USB-C cable, a charger and a gift voucher for the WowCube App Store. The working version of the console will have 12-18 built-in games, and the App Store will be constantly updated.

Additionally, owners will be able to purchase a special cover and bumpers to protect the cube from damage in the event of a fall.

WowCube is versatile and has potential in many business areas, says Nikita Surkov, distance selling manager at logistics company ALIDI and an e-commerce expert in Russia.

For example, it could be used to display the latest stock and currency quotes, place restaurant orders, or help learn foreign languages. In the gaming industry, however, WowCube will face stiff competition.

“As a standalone game platform, WowCube will not survive in the market. If the platform is not constantly updated, it will become a unique product. In this case, revenue will come from pre-orders, but not from incremental sales. WowCube might occupy a niche in a narrow game segment, for example, puzzles, testing or scanwords, but for further product development, top game studios will need to be on board. It’s unclear whether developers will be willing to modify their games enough to accommodate the cube format,” says Surkov. 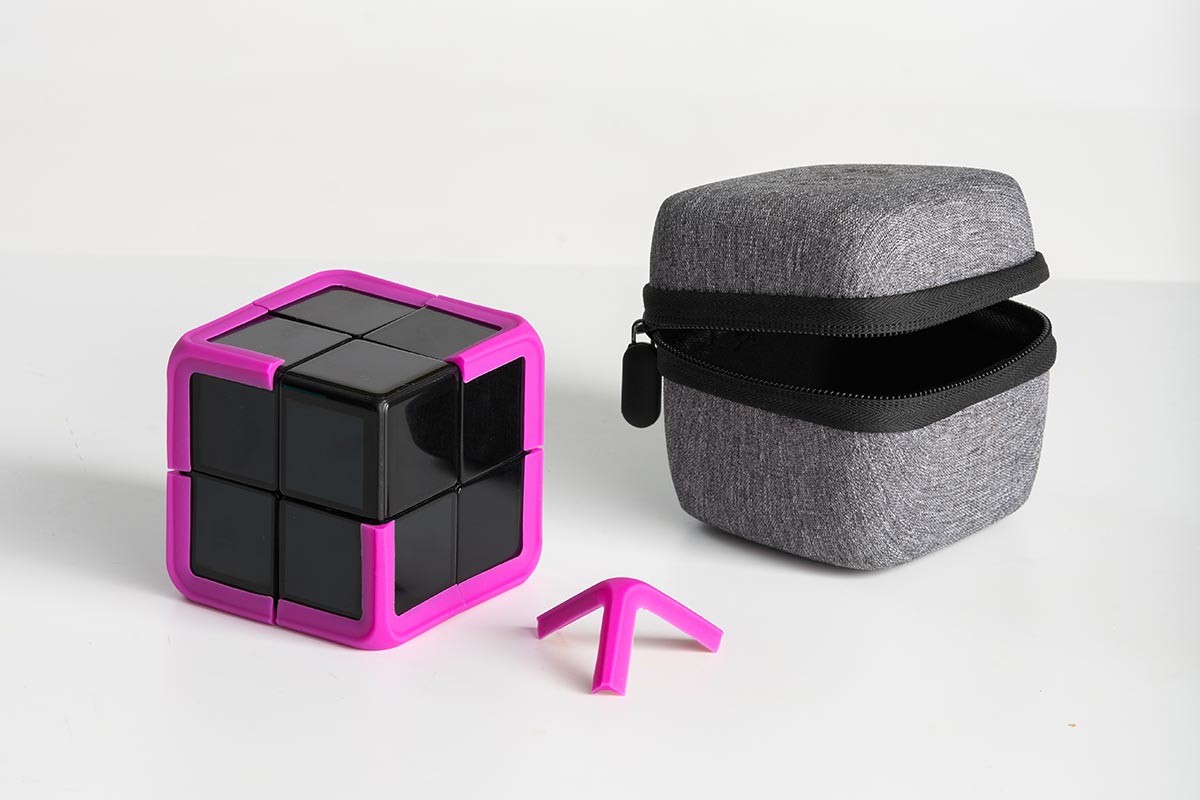 Mikhail Shagin, developer at Nizhny Novgorod-based game studio Fifty-twocalled the niche platform, but its originality will help find its audience.

“I think the optimal strategy would be to create WowCube-funded games that reveal all of the console’s features in full. There shouldn’t be a feeling that the gameplay has been adapted for unusual controls. Players need to feel that it was intended that way and that no other platform can deliver such a gaming experience,” says Shagin.

If you use content from Russia Beyond, in part or in whole, always provide an active hyperlink to the original content.